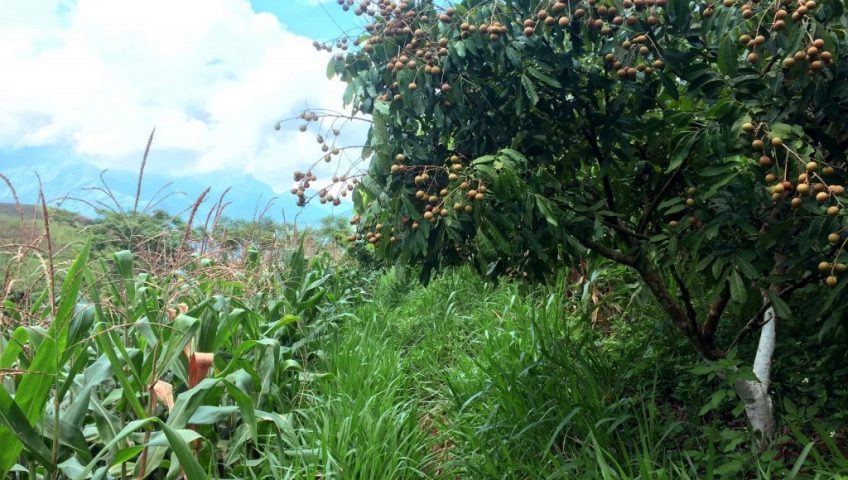 Governments of the 650 million people of the regional bloc are gearing up to embrace the new framework to protect and enhance biodiversity.

The ASEAN Centre for Biodiversity, established in 2005 by the Environment Ministers of ASEAN, is the region’s response to the challenge of biodiversity loss. It is an intergovernmental organization that facilitates cooperation and coordination among the ten ASEAN Member States and with regional and international organizations to conserve and sustainably use biological diversity and ensure the fair and equitable sharing of benefits arising from the use of such natural treasures.

The Centre reports to the ASEAN Working Group on Nature Conservation and Biodiversity, which is made up of senior government officials representing the environment, nature conservation, agriculture and/or forestry agencies of ASEAN Member States.

The Centre’s mandate involves, among other things, facilitating and coordinating discussions and policy actions on matters relating to biodiversity conservation and related concerns by Member States. Starting in January 2019 last year, the Centre has taken a leading role in enabling Member States to develop the bloc’s initial inputs to the global discussions about the new framework to replace the United Nations Convention on Biological Diversity’s Strategic Plan for Biodiversity 2011–2020.

Within this context, a recent report from the Intergovernmental Science–Policy Platform on Biodiversity and Ecosystem Services pointed out that while investments into protected-area networks over the last 10 years have been very successful, 52% on average of the global terrestrial Key Biodiversity Areas (which harbour threatened or geographically restricted biodiversity; are important for ecological integrity and biological processes; and are considered irreplaceable) are outside of the existing protected area network. Maintaining sufficient protection for these areas is an important part of the global community’s efforts to strengthen the critical services provided by biodiversity.

A concerted commitment and effort from all sectors is needed to protect all biodiversity. Hence, the discussions underway aim to produce an ambitious plan that will lead to global action to bring about a transformation in society’s relationship with biodiversity. The plan needs to ensure that, by 2050, the shared vision of ‘living in harmony with Nature’ is fulfilled. That is especially true for the agricultural sector, which is often overlooked in discussions of biodiversity.

With much of ASEAN’s diverse cultural heritage and rich biodiversity being outside protected areas, the Center is a strong supporter of the recognition of the contribution of human-managed landscapes for the conservation of wild and agro-biodiversity through other effective area-based conservation measures in the post-2020 framework.

That also includes the recognition and inclusion of nature-based solutions in the way we produce goods, food and energy, which falls under Member States’ national biodiversity strategies and action plans.

‘In preparation for the post-2020 framework, the ASEAN Center for Biodiversity conducted workshops in the region,’ said Elpidio Peria, Programme Specialist with the Centre. ‘The workshops brought together representatives of Member States to discuss ASEAN’s initial inputs to the key themes of the post-2020 global biodiversity framework. The results were submitted by the Centre to the Secretariat of the Convention on Biological Diversity on 31 July 2019, in time for the first meeting of the Open-Ended Working Group on the post-2020 Global Biodiversity Framework, which was held in Nairobi, Kenya in August.’

The workshops developed the initial views of ASEAN Member States on the four key themes that will serve as the starting point for fashioning the various components of the new framework: 1) Mainstreaming biodiversity issues into all sections of national governments; 2) Resource mobilization to support the protection and enhancement of biodiversity; 3) Communication of the issues both within governments and to key sectors; and 4) Embracing diverse perspectives to ensure that ASEAN’s many cultures and peoples are respected and able to participate in the benefits of preserving the region’s rich biodiversity.

‘The workshops looked closely at the main global issues and applied what was relevant regionally,’ said Peria. ‘There has been a strong sense of urgency among the agencies already dealing with biodiversity. The challenge is to spread that urgency to other sectors, for example, agriculture, manufacturing, mining, transport and tourism. We already have a clear idea of the drivers of loss of biodiversity but other sectors do not necessarily have such an awareness. They might not even realize that their actions could be contributing to the reduction of biodiversity with subsequent negative consequences for human life.’

Part of addressing this challenge is working with the various sectors to increase awareness and adapt their actions and plans accordingly. This applies, most importantly, to sections of governments, to help them alter their policies, regulations and financial plans where necessary to support biodiversity. Long-term budgets for biodiversity conservation are inadequate around the world and new sources of funding are scarce. Biodiversity remains an economic externality — outside of the mainstream economy — and, as such, it attracts only small amounts of special funding.

As the report by the Intergovernmental Science–Policy Platform on Biodiversity and Ecosystem Services points out, there has been significant progress regarding policies and strategies but implementation is lacking, calling for more political effort and work on the ground. Lack of adequate finance is a major set-back. Biodiversity conservation and biodiversity-rich landscapes require two different streams of finance. The world has to be innovative to bring private-sector money into sustainable land uses without lowering investments in protected-area networks. The challenge in financing also includes identifying ‘perverse’ incentives in certain sectors and encouraging either removing them or adjusting them to be more friendly to biodiversity.

For example, the Green Revolution, which was an international donor-led research and development program to create and adopt high-yielding varieties of maize, wheat and rice and intensive agricultural has been phenomenally successful: it resulted in higher yields, lower food prices and better-off farmers throughout Asia.

But because it was only focused on selective crops and farming systems, it has resulted in a market imbalance that makes investments into diverse, non-commodity food crops and nature-based products very risky and hence not attractive to private investors.

Without investments into biodiversity-friendly farming systems, producers are not able to make a decent living and are shifting into low-diversity monocultural systems.

Accordingly, the finance and banking sectors are also receiving attention from the Center, with workshops planned to discuss financial incentives across sectors that might have negative impacts on biodiversity and, ultimately, sustainable economic growth and human well-being.

‘In some sectors, there has to be a large shift in perspective,’ said Peria. ‘This where the third theme of Communication is critical.’

Meanwhile, the Secretariat of the Convention is continuing with its global awareness-raising with governments and others, holding a related series of working-group meetings. As well as the main agenda of discussions, senior government officials are able to meet with counterparts from other countries and technical advisors to discuss solutions that support conservation of biodiversity.

‘The Open-ended Working Group meetings, which are run by the Secretariat of the Convention and held all around the world, are very important opportunities to share knowledge and reach a common understanding,’ said Peria. ‘Through the process, ASEAN will continue to evolve its position but regionally there is a willingness to have a clear ambition and there is a strong willingness to protect biodiversity. Mainstreaming is the top priority.’

The second meeting of the Convention’s Open-ended Working Group will be held 24–29 February in Rome, Italy. A list of all the meetings that relate to the new post-2020 framework can be found here.

An important part of the process was to be this year’s biggest biodiversity event in the Asian region, the Third ASEAN Conference on Biodiversity, 16–19 March 2020, in Kuala Lumpur. Hosted by Malaysia in collaboration with the Centre, the conference planned to feature a high-level ministerial segment organized by the Government of Malaysia. Unfortunately, owing to the COVID-19 pandemic, the conference has been postponed.

ASEAN Member States and megadiverse countries were to use the conference as a strategic platform to strengthen cooperation and exchange ideas and experience towards achieving the objectives of the Convention on Biological Diversity.

With the theme, Towards 2050: Living in Harmony with Nature, the conference was expected to bring together over 500 representatives from ASEAN governments, megadiverse countries, biodiversity experts, non-governmental organizations and civil society.

World Agroforestry (ICRAF) has been providing technical support and consultative services to the Center, notably, associated with the Harnessing the potential of trees-on-farms for meeting national and global biodiversity targets (shortened to Trees on Farms for Biodiversity) project, which is funded by the International Climate Initiative of the Federal Government of Germany. Please visit the project’s main website to learn more about biological diversity in agricultural systems.