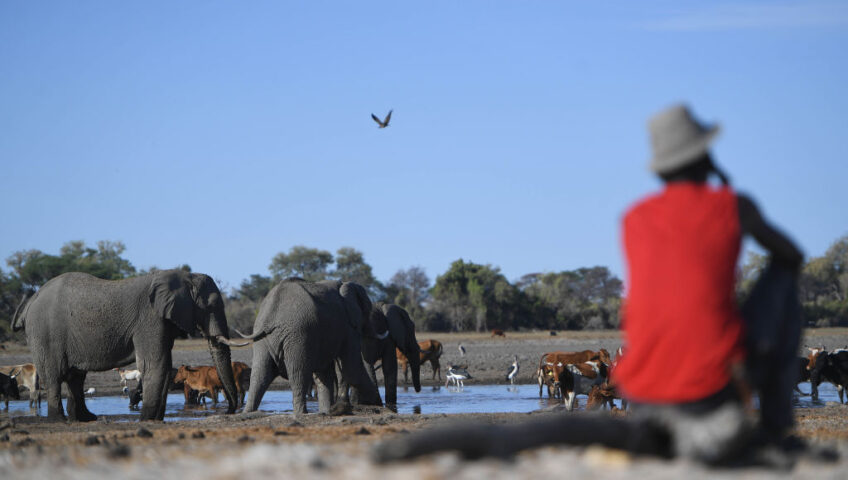 February 9, 2021 No Comments By useradmin1 News

New targets to protect biodiversity must include farmers and agriculture

The UN Convention on Biological Diversity is a treaty that aims to develop national strategies for the conservation and sustainable use of a country’s natural resources, or biological diversity. This is a general strategy that all countries must then adopt at the local level.

The Convention – a legally-binding international treaty – is currently negotiating new targets for the next 30 years. Decisions are made by parties to the convention, made up of 196 countries, supported by a range of observers including NGOs, researchers and academics.

But the Convention is about to make a mistake: it concentrates primarily on protected areas when it should also recognise the potential of managing agricultural landscapes for biodiversity.

In its “modified zero draft”, released in October, of 20 targets only one refers to “agricultural and other managed ecosystems”. But its focus is essentially on biodiversity for food. It misses the point that agro-ecosystems can contribute to conservation through providing habitat to wild species and harbouring fragments of natural habitat, such as forests and wetlands.

Africa’s protected areas cover an area of 20.4 million km² or 15.1% of the landmass. But experts say this isn’t enough. For instance, 7% of Kenya’s land is formally protected but between 20-30% of contiguous habitat is needed to maintain populations of “umbrella” species. Protecting these species indirectly protects many other species within its habitat.

Given population pressure, it is not politically feasible to increase the extent of protected areas. The question is how will Africa provide space for its wildlife and food production?

Agriculture dominates sub-Saharan African economies. It contributes on average 15% of total GDP, covers vast tracts of land and is often the main source of livelihoods in rural areas.

We argue that the new framework must recognise the importance of agriculture for conservation. And that the best way to protect Africa’s biodiversity is to integrate conservation measures on working lands. This will also create jobs and income opportunities for farming communities.

An international treaty that draws attention away from this huge stock of land – where biodiversity conservation could be actively supported with investments into mixed farming regimes – runs the risk of skewing policies. It will also miss the opportunity to bring ministries of agriculture and environment together to tackle one of the biggest challenge of the decade.

The Convention on Biological Diversity has traditionally seen agriculture as one of the biggest threats to biodiversity. It has promoted the protection of natural ecosystems by concentrating on preventing further expansion of agriculture. But evidence shows that farms that share landscapes with wild nature, such as remnant forests and trees, benefit from the ecosystem services provided.

Farming systems that integrate conservation combine a diversity of crops, animals and trees – with different spatial and seasonal arrangements – and mimic natural water and nutrient processes. This creates less need for artificial inputs like fertilisers, herbicides and pesticides. These farming systems are in line with the traditional farming practices of small holders in sub-Saharan Africa and integrate well with traditional knowledge and practices.

There are examples of the successful relationship between farmers, agriculture and conservation all over the continent.

For instance in Ethiopia, cereal farmers use nearby forests to feed livestock. The livestock roam the forest during the day and return to farms at night, providing farmers with organic fertiliser.

This is important for smallholder farmers because the availability and accessibility of agricultural inputs – such as fertilisers – remain low. Farms close to forests have better soil fertility and produced more nutritious food than those part of an intensified cereal landscape. And forests benefit because they’re not being cleared for agriculture.

Another example is the 400 km2 Ol Pejeta Conservancy in Kenya’s Laikipia County. Ol Pejeta is home to 130 black rhinos and 7,500 cattle. It has increased the black rhino population by 100% in 10 years. In 2019, it employed 700 people and generated US$1.4 million from livestock production and US$4.8 million from tourism.

The business model is multi-dimensional. By optimising tourism and livestock production, the conservancy can generate higher economic returns per hectare than by specialising on one dimension. Their success demonstrates that one key to wildlife conservation in Kenya is not to protect more areas, but turn conservation into a profitable business.

The debate about whether agriculture should be kept separate from conservation shouldn’t presented be as a black or white choice. There are many shades of grey in land-use planning.

Other studies, show that incorporating other criteria – for example livestock productivity, sustainability, resilience, equitability, ecosystem service provision – may portray a different situation: one less dominated by short term trade-offs, but rather by synergies where one land use might support other objectives. This would contribute to more food security in the long run.

What are the implications?

International biodiversity policy will have impact on land use over the next 30 years. Countries will plan investments around policies they have signed. Donors will align with international commitments. Developing countries will find that funding is channelled through instruments aligned with global policies.

International funding instruments need to be available so that African governments can ensure their farming communities live and prosper in harmony with nature. African farmers deserve a convention that recognises the importance of protected natural landscapes but also of managing wild biodiversity sustainably in farming landscapes.

Richard Vigne, CEO of Ol Pejeta Conservancy, Laikipia Kenya and Frederick Baudron, scientists at CIMMYT based in Zimbabwe contributed to this article.